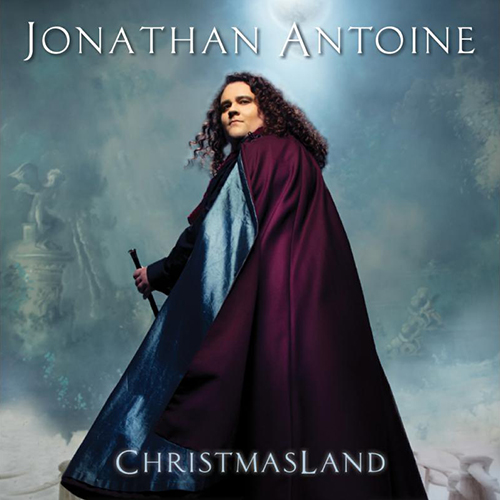 One of the UK’s greatest home-grown classical voices presents a selection of Christmas music – newly recorded with the Royal Philharmonic Orchestra and completed despite the challenges of 2020’s pandemic. ‘Christmasland’ shows another side to Jonathan Antoine’s artistry, as he interprets well known Christmas music as well as a brand new Christmas song, written by Diane Warren.

Produced by Grammy award winning Gregg Field remotely from LA and featuring the Royal Philharmonic Orchestra, New Zealand’s Choristers of Wellington Cathedral of St Paul and the Tudor Consort, ChristmasLand was recorded at London’s Abbey Road Studios across three timezones – the choir recording from New Zealand. It includes a magnificent selection of universally beloved Christmas classics, promising to be a firm family favourite during the festive season for years to come.

Additionally, Jonathan recorded his own rendition of These Are The Special Times for ChristmasLand. Originally recorded by Celine Dion, the track was rewritten by legendary American songwriter Diane Warren for the album, including a remarkable new Italian lyric by Grammy Nominated multi-talent Marco Marinangeli.