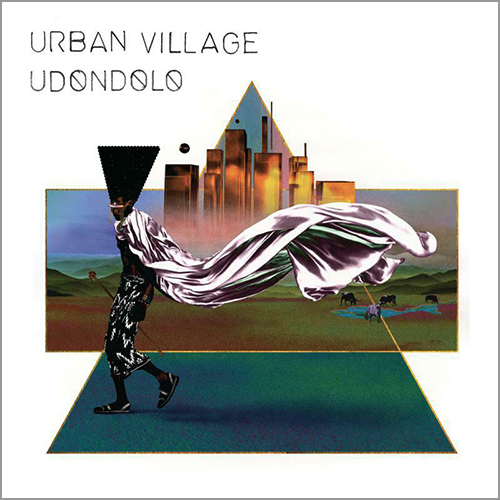 Urban Village release music under a name which specifically references the blend of cultures, music & rites which were assimilated into the now 1 million strong population of Soweto, when black South Africans from multiple provinces were brought to the area during the establishment of apartheid, under strict segregation from Johannesburg’s white suburbs.

Born for the most part in the last years of apartheid, whilst growing up the band plunged happily into house and dance music that turned the page of a heavy past. Guitarist Lerato came across older Zulu musicians and their style of maskandi playing. Lerato has since mixed styles from homelands and rural areas, sharpened in club jam sessions (where he went on to meet Tubatsi and form Urban Village) during which spoken word, hip-hop and jazz rub shoulders freely.

‘Udondolo’ – partially recorded at legendary Downtown Studios in the heart of Johannesburg and at Figure of 8 studios in the leafy suburbs of Randburg, – is a journey through all the colours of Soweto. This is where it draws its consistency, strength & identity. That of Soweto itself – a dormitory town designed to monitor those who were sent there, it has become a laboratory of music where the hopes of an entire people resonate, even today.