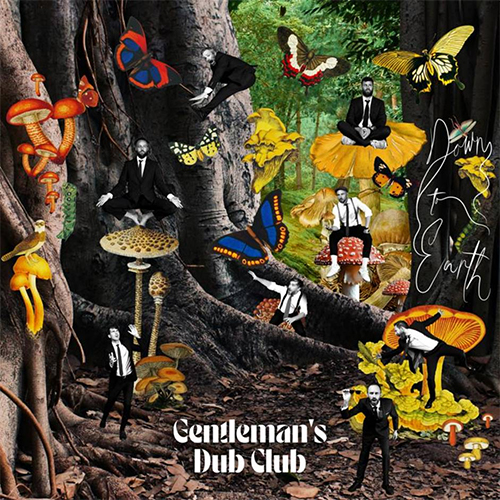 Gentleman’s Dub Club continues to be one of the most exciting acts in the UK, selling out shows (when they can play live), headlining festival stages, racking up streams, and often playing to crowds of 10K or more. The band returns for their newest full-length, following the February 2019 release of ‘Lost In Space’.

‘Down To Earth’ brings the band thematically back to basics, with a set of songs built around the band woodshedding and writing together in the studio, and working to capture more of the overall, razor tight sound of their live sets.

Much of the record was recorded in London, with the band meeting up whenever the lockdown permitted, managing to write together, record, and mix at Crosstown Studios, which is owned by bassist/producer Toby Davies and drummer Ben McKone (of General Roots, Hollie Cook’s band).

Guest spots by Hollie Cook and Gardna (who also appeared extensively on the very successful ‘Pound For Pound’ album that paired Gentlemans Dub Club with the Nextmen in 2018) add to the magic.