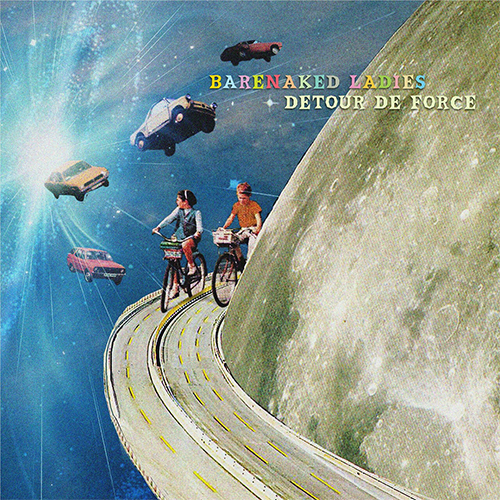 Barenaked Ladies return with their first new album in four years, ‘Detour de Force’. The 14-track effort is the result of both pre- and post-lockdown recording sessions.

The band spent five weeks at vocalist/guitarists Ed Robertson’s cabin outside Toronto pre pandemic writing and recording in a makeshift studio. During pandemic lockdown, they decided they wanted to polish things up a bit. They returned to a Toronto studio when the lockdown lifted to rework the tracks resulting in ‘Detour de Force’.

Over the course of their remarkable career, Barenaked Ladies have sold over 15 million albums, written multiple top 20 hits (including radio staples “One Week,” “Pinch Me,” “If I Had $1,000,000”), garnered 2 GRAMMY nominations, won 8 JUNO Awards, had Ben & Jerry’s name an ice cream after them (“If I Had 1,000,000 Flavours”), participated in the first-ever “space-to-earth musical collaboration” with astronaut Chris Hadfield, and garnered an international fan base whose members number in the millions. In 2018, the band were inducted into the Canadian Music Hall of Fame and Toronto Mayor John Tory declared October 1st “Barenaked Ladies Day.”