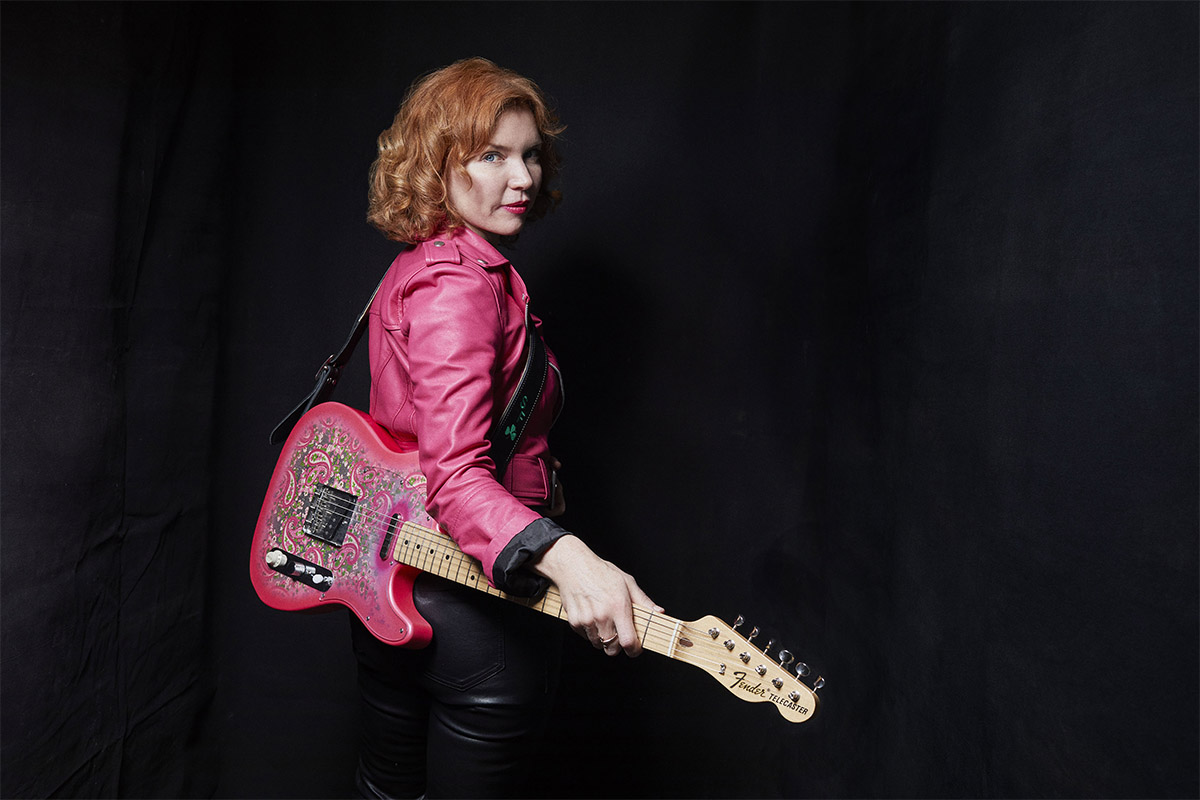 Pinky’s Blues is the follow up to Sue Foley’s breakout album The Ice Queen, released in 2018. Foley’s new album is a raw, electric guitar driven romp through the backroads of Texas blues, with Foley’s signature pink paisley Fender Telecaster, “Pinky,” at the wheel. It’s the sound of Sue Foley’s soul that comes out of those six strings, and it’s no accident that her new album Pinky’s Blues, is named after her the guitar that has been such a major part of Foley’s life for all these years.

Sue Foley and producer Mike Flanigin decided to make the album in the middle of the COVID lockdown in 2020. “Mike, drummer Chris Layton and I had just finished making Mike’s album WEST TEXAS BLUES and we needed another challenge to keep us busy,” Foley says. “And because we’d been hanging out together we were comfortable in each other’s presence, and this would be a very low-key closed session. I brought in Jon Penner to play bass. He was my first bass player and had been on all my early Antone’s records. So just the four of us along with engineer Chris Bell went into the studio and recorded the entire album in three days. What you’re hearing is live, off the floor, in the moment the music was played totally spontaneously and, mainly, improvised.”

Some of the album’s many highlights include her takes on classics such as Lavelle White‘s “Stop These Teardrops,” Frankie Lee Sims’ “Boogie Real Low” and Lillie Mae Donley‘s “Think It Over,” alongside newer songs like Angela Strehli’s “Two Bit Texas Town” and Foley’s own “Dallas Man,” which is the album’s first single. The track bears special significance to Foley. “I realized when I wrote ‘Dallas Man’ it was just about all these great guitar players from Dallas and right around there,” Foley says. “I’ve always been infatuated with Blind Lemon Jefferson and had been reading about him and working up some of his songs. Between Blind Lemon Jefferson and Frankie Lee Sims, and then working on some Freddie King and always watching Jimmie Vaughan came the idea of ‘Dallas Man.’ Stevie Ray Vaughan, Jimmie Vaughan, Freddie King, T-Bone Walker, Blind Lemon Jefferson, Frankie Lee Sims, Anson Funderburgh, Zuzu Bollin, Doyle Bramhall II, Denny Freeman and Derek O’Brien all came from that area. That’s almost a whole album right there!”

Foley also shot videos for three songs from the new album that were directed by Tim Hardiman, who directed the latest The Black Keys video.

She won “Best Traditional Female (Koko Taylor Award)” at the 2020 Blues Music Awards in Memphis, was nominated for a Juno Award (Canadian Grammy), and she took home the award for “Best Guitar Player” at the Toronto Maple Blues Awards. For the last few years Foley and her band have kept a rigorous touring schedule across the USA, Canada and Europe. Some highlights were appearances at The Beacon Theater (NYC), guesting with Jimmie Vaughan (opening for Eric Clapton) at Royal Albert Hall in London, Montreal Jazz Fest, Ottawa Blues Fest (w/ Buddy Guy), Moulin Blues (Holland), NPR’s Mountainstage (with Bela Fleck), Doheny Blues Fest, and the Jungle Show in Austin, Texas. 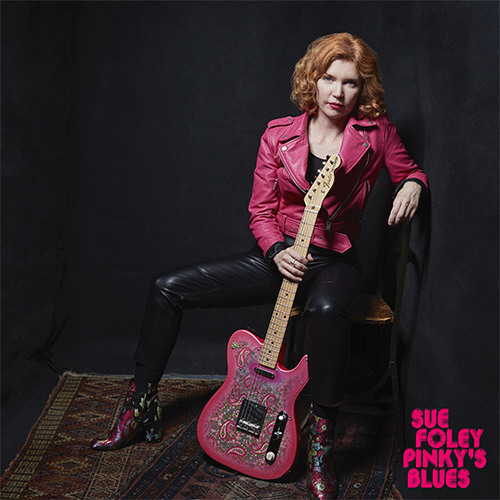