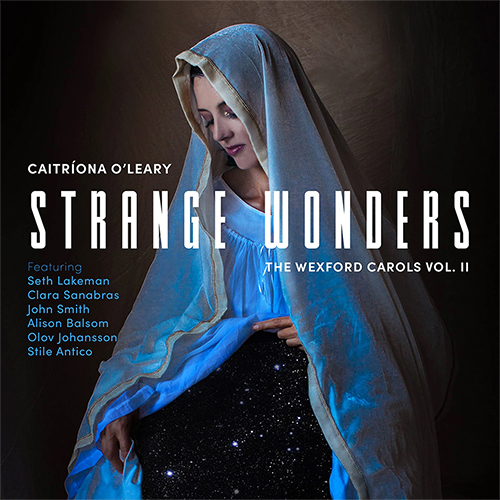 The Wexford Carols are Ireland’s greatest Christmas music and perhaps the most important body of Christmas carols in English yet to be introduced to the public.

In 2014 Heresy Records released The Wexford Carols to international acclaim. The album reached #1 on both the Billboard and Amazon charts. The first Wexford Carols release focused on the well-known episodes of the Christmas story and took a stylistic approach that integrated Irish traditional music with Americana.

Strange Wonders, The Wexford Carols Vol. II, presents the highly anticipated follow up to the previous album. The new album features 11 carols from the Waddinge and Deveraux collections that focus on the spiritual and mystical aspects of the Christmas story and also some less familiar aspects of this narrative including carols about the lives of saints whose feast days fall within the 12 days of Christmas (24th December – 6th January). These includes carols on St. Stephen, St. John, St. Sylvester and the Holy Innocents.