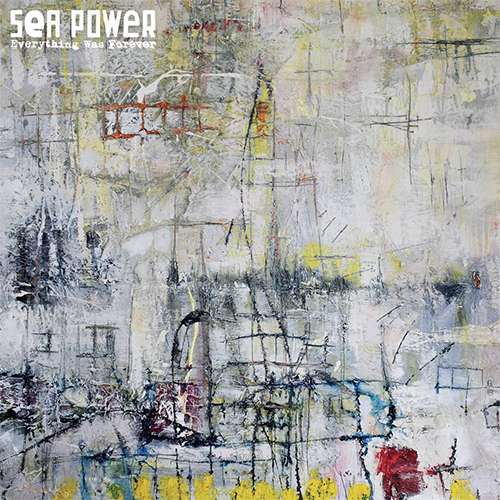 Sea Power (formerly British) release their first new album in five years – Everything Was Forever, on 18 February 2022. Their music has won them some remarkable admirers – Lou Reed, David Bowie and London’s National Maritime Museum. Indeed, the BSP fanbase now includes Doctor Who, Harry Potter and Sherlock Holmes. Peter Capaldi is a confirmed BSP fan. “A band of stark originality,” he wrote in his foreword for the reissue of the band’s 2003 debut album, The Decline Of British Sea Power. “BSP’s songs bring you the bite of the wind, the fury of the sea, and music that is simply exhilarating.” Daniel Radcliffe has talked in detail about his plan to get a BSP tattoo (featuring the 2002 T-shirt slogan Bravery Already Exists). Benedict Cumberbatch is also an admirer of the band.

Supported by their ever loyal fans who have very generously crowd funded the making of the next studio LP, BSP were able to get through the ravages of Covid and are on course to release their 7th studio LP later in 2021 and hopefully get back on the road.

Fifteen years on from their first concert Sea Power continue to make bold, galvanising, idiosyncratic marks on the world. Race horses and massive ocean-going yachts have been named after the band. London’s National Maritime Museum recently opened a new £35m exhibition wing. Visitors are greeted by huge, sculpted quotations from Shakespeare and Coleridge – and a lyric from Sea Power.