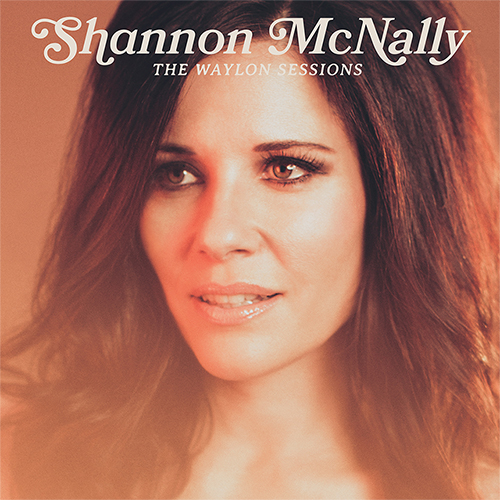 Recorded with an all-star band and featuring special guests like Jessi Colter, Buddy Miller, Rodney Crowell, and Lukas Nelson, Shannon McNally’s extraordinary new collection, ‘The Waylon Sessions’, isn’t so much a tribute to Waylon Jennings as it is a recontextualization: a nuanced, feminine rendering of a catalog long considered a bastion of hetero-masculinity. That’s not to say McNally has a softer, gentler take on the songs of Jennings and his outlaw compatriots here; in fact, just the opposite. Over and over again, she manages to locate a smoldering intensity — a searing hurt buried deep within the music’s deceptively simple poetry — and she hones in on it with a surgical precision. McNally doesn’t swap pronouns or couch her delivery with a wink; she simply plays it straight, singing her truth as a divorced single mother in her 40’s in all its beauty, pain, and power.

The result is that rare covers record that furthers our understanding of the originals, an album of classics that challenges our perceptions and assumptions about just what made them classics in the first place.

“When I listen to Waylon, I hear an adult,” says McNally. “He sounds like a grownup, and for a long time, I think being a grownup has been confused with being a man. There’s a feminine perspective hidden somewhere inside each of these songs, though. My job was to find a way to tap into that and draw it out.”